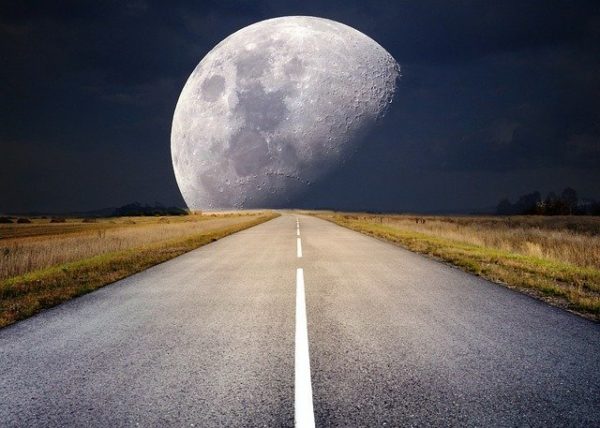 We were just so excited about the Summer Solstice and Full Moon this week that we forgot to send out our newsletter on Wednesday, which is the usual day. (And by we, I mean me! My bad! 😉)

All the celestial happenings this week got me to thinking about the travel opportunities to witness astronomical phenomena like the auroras and solar eclipses.

Here in Canada, where we’re located, we are most familiar with the Aurora Borealis, that occur in the Northern Hemisphere. There are great opportunities to see the Northern Lights (as the Aurora Borealis are commonly referred to), in Arctic Canada. Places like Churchill, Manitoba, Nunavut, the Northwest Territories, and the Yukon are all easy to visit and offer great Northern Lights programs. As well, we can plan a trip for you a bit further afield to Iceland, Greenland, the Faroe Islands and Norway. Even the north coast of Scotland and Northern Ireland get a light show from time to time in the winter months. Maybe combine a whiskey tour with some treks to hunt for the lights?

Manitoba – Northern Manitoba is in the sub-Arctic Circle bordering Hudson Bay. Up here, you’ll find Churchill, known as “The Polar Bear Capital of the World”. The town also bills itself as “one of the top three places on the planet” to see the Northern Lights, and the fact that scientists from around the globe flock to the town to study the aurora kind of supports that claim. The best time to see the Aurora Borealis here is in February and March, but they are often visible from September right through to late spring.

Nunavut – A far-north, Arctic location makes this province prime aurora viewing country. You’ll want to visit between October and April when the dark days are long, when locals enjoy frequent, rippling aurora displays. Base yourself in Iqaluit, the capital city, and take tours with a local guide to hunt for the lights. Journey to a traditional Inuit community for an authentic experience on the land or to a wilderness lodge, where you can follow traditional caribou routes by day, look for wolves and bears and marvel at the Northern Lights by night.

Northwest Territories – The very best place to see aurora borealis in Canada — if not the world — is the Northwest Territories, where they’re generally visible 240 nights a year. The optimal timeframe is fall and winter, but early spring and late summer can be pretty good, too. Whether you take a multi-day trip out to a wilderness lodge or do a few evening tours to a nearby teepee village just outside of Yellowknife, you’re sure to have wonderful opportunities for viewing the Northern Lights.

Yukon – Gaining fame during the Gold Rush era, the Wild West of the Yukon has been the spot for fabled adventure. Visit from September to April to look for the Northern Lights. Do some snowshoeing, snowmobiling, snow biking, ice-fishing and dogsledding during the day. You can also stay in prospector-style tent camps in the wilderness near Whitehorse, but with some modern creature comforts like a barrel stove and hot beverages to keep you warm while you await the Aurora. 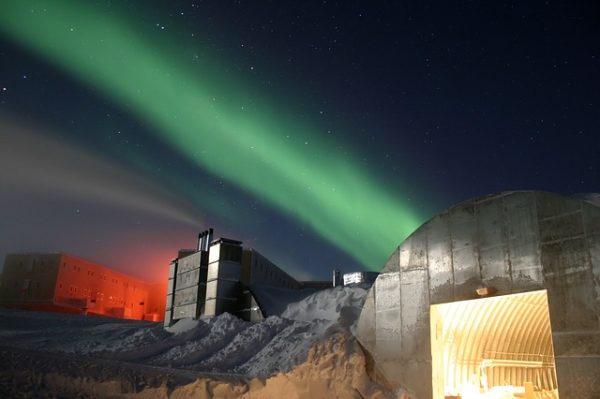 The Aurora Borealis’ elusive cousin is the Aurora Australis, that occur in the Southern Hemisphere. The Southern Lights are not as well known or considered in travel plans because the best place to see them is in Antarctica in their winter. Realistically, not all that appealing or accessible for most of us. We’ll leave those sightings to the penguins and the handful of researchers that are based in the Antarctic year-round. However, this doesn’t mean you can’t visit places in the Southern Hemisphere to seek out the Southern Lights. Ushuaia, Argentina; Patagonia, south Chile; Queenstown and Stewart Island, New Zealand or Tasmania, Australia.

Ushuaia, Argentina – the world’s southernmost city, is easy to reach by flight from Buenos Aires. While cities aren’t ideal for providing a clear night sky due to light pollution, the area around Ushuaia offers some great opportunities if the lights don’t work out to be viewable from the city. Known as “The End of the World”, the Martial Mountains attract adventure seekers to its ski resort at Cerro Castor. Wildlife fans can also visit nearby Isla Yécapasela, nicknamed “Penguin Island” to see its, you guessed it, native penguin inhabitants.

Patagonia, Chile – The Southern Lights make rare appearances in Chile, but Patagonia has recorded sightings. The months March to September offer the best chance of witnessing the spectacular Aurora Australis. But, even if you don’t see the lights, you’ll still be surrounded by and experience the spectacular landscapes of the region.

Queenstown, New Zealand – This areal around this town on the South Island offers one of the best chances to see Southern Lights in New Zealand, most particularly the shores of Lake Wakatipu, where the lights may glisten above the lake waters. Besides chasing the natural phenomenon, you can explore the gorgeous mountain landscapes and enjoy some of the country’s best vineyards. The best time to visit for the chance to see the Southern Lights is during their winter, March to September, where the hours of daylight are the shortest.

Stewart Island, New Zealand – This island sits about 18 miles south of the South Island and may offer a greater chance of catching a light show, given its location further south than the main island. Amenities are more basic than the Queenstown area, but the wild beauty of the island makes up for the limited options. There are nature tours and ferry trips that take you round the coast, which might set up the chance of seeing the Aurora Australis overhead as well as reflecting on the water.

Tasmania, Australia – An island state off the southeast coast of Australia, Tasmania is easily accessed by air. Its location deep in the Southern Hemisphere makes it a good spot for stargazing and Southern Lights hunts. While you’re not scanning the sky there is plenty of beautiful scenery to enjoy. Tasmania is well known for its lakes, mountains, white-sand beaches, National Parks, and a vibrant culinary scene. Known for its wines, cheeses, and chocolate, you’ll never be short of gourmet snacks.

A solar eclipse occurs when the Moon passes between the Earth and the Sun, either totally or partially blocking the view of the Sun from Earth. There are four types of solar eclipses:

Total eclipse – occurs when the Sun is completely obscured by the Moon. The bright disk of the Sun is covered by the dark outline of the Moon, with a faint corona visible. This totality is only visible from a narrow track on the surface of the Earth.

Annular Eclipse – occurs when the Sun and Moon are in an exact line, but the size of the moon appears to be smaller than that of the Sun, so a bright ring of light, or annulus, shows around the outline of the Moon.

Partial Eclipse – occurs when the Sun and Moon are not exactly line up, and the Moon only partially obscures the Sun. This phenomenon is usually visible from a large part of the Earth, a much wider track than that of a total or annular eclipse.

Upcoming Solar Eclipses and where to travel to see them.

If you’re looking forward to planning for your next travel adventure, maybe you’d like to include some a search for the auroras or eclipse experiences in some of the locations mentioned? We can design a customized program that’s perfect for you, including accommodation, transportation and your chosen activities. Contact us when you’re ready to start and we’ll begin to research your travel options to Create Your Best Days Ever!