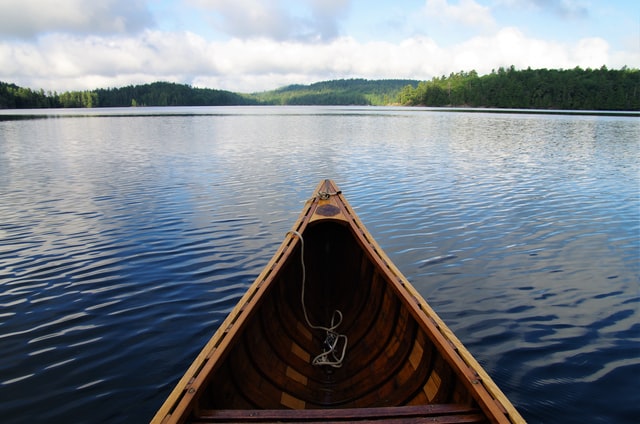 Left Churchill with my first group of the season today. It’s always seems like it should be a sad moment, and many guests do feel a little pang at the idea of departing this unique frontier town. However, normally I find that the final day in Churchill is a blur of activity, laughter, and reflection over the events of the trip so far. As we always say, it’s not over yet! END_OF_DOCUMENT_TOKEN_TO_BE_REPLACED

Arrival back in Winnipeg at the end of a hectic, wonderful, whirlwind polar bear season means many things: sushi, watching The Hunger Games, getting laughed at by friends for looking back over my shoulder when we walk along city streets in the hours of darkness. And also finally an opportunity to sit down, reflect, and post the stories of this latest polar bear viewing odyssey. END_OF_DOCUMENT_TOKEN_TO_BE_REPLACED

Why do people choose to travel to see wildlife?  What is it that a nature vacation offers that another type of trip cannot?  I don’t have all the answers to those questions, but I know from personal experience that it is days like today, full of up-close polar bear viewing, that makes Churchill such a spectacular place to view wild polar bears. END_OF_DOCUMENT_TOKEN_TO_BE_REPLACED

In my experience, all people who travel to Churchill find more than they are looking for.  Ask any group, in Winnipeg, what they have come to Churchill for besides the obvious polar bear viewing, and you’ll find that many would like to see arctic foxes, arctic hares, snowy owls, and northern lights.  Rarely does anyone say that they have come to experience the beauty of the tundra. END_OF_DOCUMENT_TOKEN_TO_BE_REPLACED

Did I mention that every day out on the tundra round Churchill is different?  Today we checked out a few of the normal hot-spots of bear activity to no avail.  Sometimes there’s just no saying where the polar bears are going to be, and so we search.  Around 10:30am we decided to head out to one of the most beautiful headlands in the Wildlife Management Area for our coffee break.  I’m a bit of a geology nerd and the Precambrian rock visible here is just amazing, so I’m always excited to take a trip here regardless of the wildlife situations! END_OF_DOCUMENT_TOKEN_TO_BE_REPLACED

After a day of grey and blowing snow, we had some luck around 3pm as the weather started changing quickly. Contrast and clear northern light leapt into full, beautiful splendour around us as the sun emerged in brilliance. Deep in the willows, previously unseen, a polar bear lifted his head, sniffed, then stretched luxuriously, radiating a mellow, soft, yellowness, and eliciting gasps of wonder from us all. END_OF_DOCUMENT_TOKEN_TO_BE_REPLACED

Guiding in Churchill is a flexibility workout. Daily schedules are action-packed and fun on a normal day, but rarely is there ever a normal day! Bear reports come in, unearthly sunsets create unexpected pauses in the unfolding of events, and the intricate dance of adventurous groups around town amazingly still stays balanced. END_OF_DOCUMENT_TOKEN_TO_BE_REPLACED

One of my oft-repeated lines to people who have not yet travelled to Churchill is ‘There’s more than just bears in Churchill’. Invariably, I get a sidelong glance and a smile which says I’m a little crazy. And that’s fair enough, when you travel halfway round the world to see a polar bear then those Ursus Maritimus sightings really are the most important. But I haven’t had a trip yet which has been lacking some amazing other wildlife encounters, and this one is no exception. END_OF_DOCUMENT_TOKEN_TO_BE_REPLACED

Flying to Churchill is always fascinating, especially if we can see the ground, because you travel over a vast tract of the largest intact forest ecosystem in the world – the heart of the Canadian boreal forest. But regardless of how interesting it is, or how much you like travelling by plane, it is generally unanimously agreed that taking a break for lunch is a good thing to do on arrival in Churchill itself. But first you have to actually get to town…. END_OF_DOCUMENT_TOKEN_TO_BE_REPLACED

Today’s wildlife highlight reminded me of an old First Nations story, that explains the origins of a feud between the snowy owl and the raven.

The story goes that both birds started out pure, shining white like the snow, but the smart raven suggested to the vain owl that they should paint one another to become more beautiful.  The owl agreed, and so the raven set to painting a beautiful speckled pattern on the plumage of the owl.  The owl was so pleased with the result that he admired himself for a while before in turn painting an elaborate pattern on the raven.  However, when the owl finished he realized that he’d made the raven more beautiful than he himself was.  In disgust, he quickly tipped the whole bucket of paint over the unsuspecting raven, leaving him as black as pitch, and causing much chagrin on the side of the raven. END_OF_DOCUMENT_TOKEN_TO_BE_REPLACED