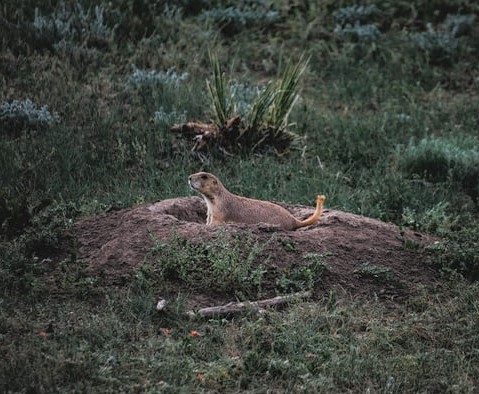 Canada’s three most well-known groundhog weather predictors and their cousin south of the American border are at loggerheads this Groundhog Day.

Our modern Groundhog Day may have links to ancient beliefs of the dividing day between winter and spring, with February 2nd landing midway between the winter solstice and the spring equinox.

Medieval farmers in Europe believed that if hedgehogs emerged from their burrows on February 2nd, to hunt for insects, that was a sure sign of an early spring. When European settlers arrived on the east coast of North America, the belief came with them and a common groundhog was substituted for the hedgehog, which is not found in the Americas.

It seems that medieval belief them morphed into the current folklore that if a groundhog comes out of its burrow on February 2nd, and sees its shadow it foretells another six weeks of winter weather. If it doesn’t see its shadow then spring-like temperatures should arrive early.

In the Indigenous Mi’kmaw culture, February 1st is celebrated as Apuknajit, a time of year when communities gather to share food to make it through the hardest month of the year. A feast is also offered to their god of winter, hopefully to appease him and give a shorter winter and an earlier spring. So Groundhog Day is kind of the settler’s version of the Mi’kmaw’s Apuknajit.

Also celebrated in Ireland on February 1st is Saint Brigid’s Day. Brigid was the Celtic Goddess of poetry, healing, fertility, and the forge. Brigid’s feast day, Imbolc was celebrated each February 1st, midway between the winter solstice and spring equinox.

So, it seems the lowly groundhog is in some good company in early February!

If you saw your shadow this morning and feel like escaping the coming cold weather ahead contact us. We can help you escape! Enjoy a relaxing beach holiday; join a small group tour that includes lots of cultural and historical sites and lots of fun activities, or have us customize a program just for you.