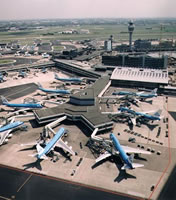 Edmonton to France is a long way to go for two days, but fortunately KLM is lovely so the flights were actually a great part of the trip. The connection in Amsterdam was about five hours outbound, six hours on the return; long enough to run into the city. However, Amsterdam’s airport, Schipol, is almost a destination unto itself, offering many shops and restaurants to fill time between flights. Better yet, plan a stopover to spend some time enjoying the many highlights of Amsterdam. 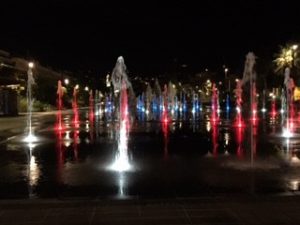 Upon arrival at the Nice airport we were immediately whisked off to our hotel, Aston La Scala, located near Old Town. The location is convenient to shopping and sightseeing, and with 17 museums there is no shortage of places to visit in the city. After a delicious dinner in the hotel restaurant, we wandered through the old city in which we felt very safe. The park across the street from the hotel had a beautiful water and light show, and Christmas decorations were being prepared to transform the area into a winter wonderland. The area has a marked Italian influence, dating back to before 1860 when Nice was confirmed as a French city.

The following morning, we experienced a small tourist train, traveling a short distance along Promenade des Anglais, which runs 7 km along the edge of the Mediterranean. Despite the Bastille Day attack in 2016, La Prom is still a popular place to walk, jog, and cycle. The train took us through the old town and along the waterfront, culminating in a visit to Castle Hill where ruins of the former Chateau de Nice can be seen. In addition, the hill provides a spectacular overview of the city.

The rest of our time in Nice was spent enjoying lunch and wandering in the old town. We were privileged to visit Palais Lascaris Rue Droite, a 17th century aristocratic home that is now a musical instrument museum. 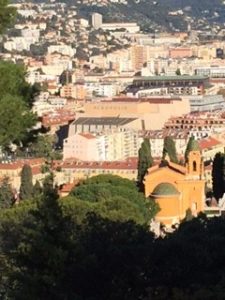 We bid adieu to Nice in the late afternoon and drove approximately 45 minutes to St Paul de Vence, one of the oldest medieval towns on the French Riviera. It is a walled village, home to a number of art galleries and small boutiques. This was one of my favourite places we visited, although already being dark it was difficult to capture in pictures. However, it is important to be aware that this is a popular cruise stop and the village is completely overrun when ships are in port.

Our next stop was nearby Les Messugues, a family-owned 3* property on the edge of a vineyard. The hotel offers a beautiful breakfast room with all-around windows and an outdoor pool where lunch and dinner are served. It is normally open March – October, although the season was extended into December last year. Owned by the same family and approximately 10 minutes away is the Hotel Alain Llorca, home to a 1* Michelin restaurant. Both properties are charming and represent good value.

After a busy day we were ready for the luxurious accommodations that awaited us at 5* Hotel Belles Rives in Juan-les-Pins. Its history as the Belles Rives began in 1929 when a villa frequented by F. Scott Fitzgerald was transformed into the first hotel on the water along the Cote d’Azur. Old mixes with new as a seemingly ancient cage elevator lifts guests to beautiful rooms with modern amenities overlooking the sea.

Although it was too chilly to serve meals on the extensive patio, we Canadians enjoyed a short rest in the sunshine. 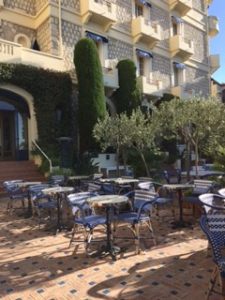 Our touring the second day included the Picasso Museum in Antibes (one of several in existence); a walk around the old town including through the local market; and a visit to the nearby village of Biot, which is famous for glassblowing. This tradition is becoming extinct, so we were thrilled to witness an artist at work, and some of us even tried our hand (actually our lips) at it. Check out some of the beautiful artwork at Antoinepierini.com. After a little more time wandering through the old town for shopping, the day ended with tapas at the Wine Bar in Antibes.