Venice and the Gems of Northern Italy | The Great Canadian Travel Co.
Skip to content 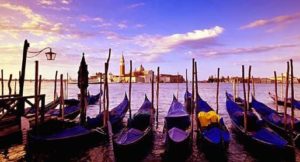 I arrived in Venice on April 5th, a beautiful warm sunny day (a far cry from what I had left in Winnipeg) and boarded Uniworld’s beautiful ship “River Countess” to begin an amazing 8-day journey delving into the delights of Northern Italy.

This has to be one of the most interesting and beautiful trips I have taken. The trip just kept getting better as we visited Padua, Bologna, Ravenna and Verona and in the end returned to Venice 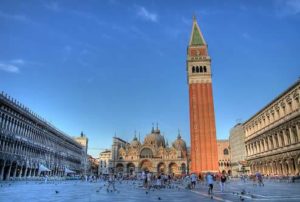 This isn’t a traditional river cruise in that you are sailing on the Venice Lagoon and only part of the Po River, and you don’t walk off the ship into the heart of the places I’ve mentioned as they are positioned inland.

We spent the first two nights moored within walking distance of Piazza San Marco, with the beautiful St. Mark’s Basilica and the Palazzo Ducale (Doges’ Palace). You cross the square through to an entrance to the Grand Canal with all the hustle and bustle of commerce, hordes of tourists and singing gondoliers. 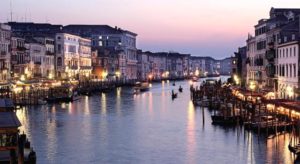 The first morning we took a walking tour and strolled from the ship through the historic Sestiere di Castello (Venice is divided into six sestieri, or districts) for a glimpse of daily Venetian life: clothes flap from lines strung over tiny canals; kids kick soccer balls along cobbled alleys; and you’ll even hear the murmur of the soft Venetian dialect as you pass under the windows of 800-year-old homes.

The Castello district dates to the 13th century; it’s home to the Arsenale, where Venice’s ships were once built (Venetians boasted that they could build a complete ship in a single day) and where the famous Biennale art exhibition now takes place. 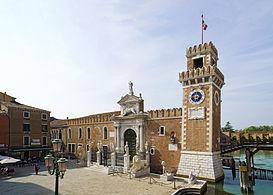 You reach the vast Piazza San Marco, perhaps the most famous plaza in Italy and have an opportunity to tour the Doges’ Palace where all of the city’s official business took place. It brims with artistic gems, including Tintoretto’s wall-sized “Paradise” and works by Veronese, Tiepolo, and Titian. Justice-and sometimes injustice, for Venice was a supremely political city- was meted out in the palace, and those convicted of crimes were led across the Bridge of Sighs to prison. You follow their footsteps and catch a glimpse of some of the graffiti still preserved on the cell walls. We ended the tour at the Rialto, the famous 16th-century stone bridge spanning the Grand Canal (and the oldest part of the city). 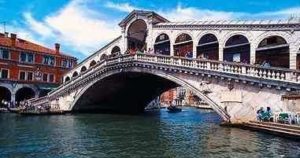 The afternoon was spent exploring this fabulous city on my own; checking out the shops for some famous Venetian glass, lace and incredible masks.

After dinner on the ship, we walked back to St. Mark’s Basilica for an exclusive special evening opening and were able to see the glorious church in the evening light – without the crowds. It’s almost impossible not to gaze heavenward as you enter. High overhead, magnificent domes are sheathed in mosaics telling the story of the New Testament; underfoot is an intricate pattern of marble and mosaic tile. Ahead of you is the famous altarpiece made by 10th-century Byzantine artisans who gilded it and decorated it with precious gems.

This morning we sailed from Venice, cruising through the lagoon, past the Lido, the colorful fishermen’s houses of Pellestrina, and the huge ongoing flood-control project called MOSE (which is 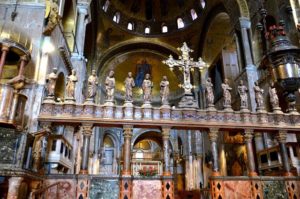 designed to protect Venice from rising seawater), before docking in Chioggia, sometimes called “Little Venice” at the southern end of the lagoon.

We disembarked after lunch for a half day excursion to Padua. Italy’s second oldest university was founded here in 1222, and many notable scholars joined the faculty in search of academic freedom, including Galileo and Copernicus, and two of Italy’s most famous writers, Dante and Petrarch, were among its students.

Strolling through medieval Padua, we came to the Prato Della Valle, the largest public square in Europe, originally laid out by the Romans and transformed in the 18th century into a graceful elliptical open space lined with a water feature and statues of local notable and the vast Basilica del Santo, dedicated to St. Anthony with its’ Byzantine –influenced domes and towers. 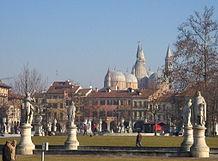 Back to the ship and up to the open air deck for an aperitivo and delicious Italian appetizers while the ship sailed for Polesella.

Today we had the choice of a full-day excursion to Bologna the culinary capital of Northern Italy, or a half-day tour visiting UNESCO-designated Ferrara, a beautifully preserved Renaissance city.

I opted for Bologna and it was amazing. Bologna is perhaps best known for its food but there’s more to the cuisine than Bolognese sauce – there’s mortadella, tagliatelle, and perhaps the best tortellini in the world. Its green market brims with local produce, and its food halls and specialty food stores are unmatched. All the bounty of the region can be found here: luscious balsamic vinegar from nearby Modena, ham from Parma, and of course, great rounds of Parmigiano cheese, all on lavish display at Bologna’s amazing food markets. 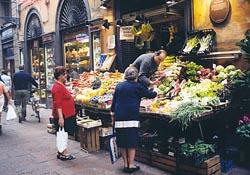 Of course, like any other city in Northern Italy, Bologna also has its fair share of lovely, historic buildings. Among them you’ll find the huge 14th-century basilica; the two leaning towers that loom above Piazza de Porta Ravegnana; Santo Stefano, a complex of churches and monasteries; and the handsome arcaded structures that housed Europe’s first university and its students.

We also attended a pasta-making workshop at one of the city’s legendary food halls where we also had a spectacular lunch. 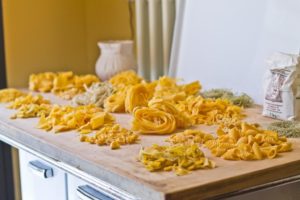 Day five required another choice of programs. A full day tour to Ravenna, or a half-day excursion to the Po Delta. Ravenna was my choice and it was amazing – the mosaics were superb!

Ravenna was the capital of the Western Roman Empire in the fifth century, after the emperor – and the seat of power – had moved to Constantinople (modern-day Istanbul). In those days Ravenna was a vital seaport; now it is eight kilometers inland.

It has the finest collection of Byzantine mosaics outside Istanbul. The most astonishing is the chapel built by Galla Placidia, widow of the emperor Constantius III and regent for her young son. She rules the Western Empire for 12 years, making Ravenna the center of Christian art and culture in the West, and she commissioned a most brick chapel. This chapel, completely unadorned on the outside, contains spectacular mosaics: the vaulted ceilings of the oratory are sheathed in mosaic stars and representations of saints and the Good Shepherd. You also see the UNESCO-designated Basilica Sant’Apollinare Nuovo and the Church of San Vitalle.

We had plenty of time to explore the peaceful downtown, have lunch and a glass of wine on a terrace watching the world stroll by.

Once back on board the ship sailed for Venice.

We left Venice this morning by coach heading for Verona. This has to be one of the most beautiful cities I have ever visited. The city is enclosed in a loop of the Adige river and is guarded by 14th-century walls.

Shakespeare endowed Verona with fame through the ages when he wrote of two star-crossed lovers, Romeo and Juliet, but Verona has been an important city in Northern Italy’s affairs for 2,000 years. Rising beautifully above the Adige River, its mellow stone palaces and churches speak to the city’s wealth both historically and in the present day.

You enter the city through the Porta Palio and pass Castelvecchio, the cathedral, and the Roman amphitheater. You cross the Ponte Pietra, the oldest bridge in the city and stroll along the Via Sotto Riva, glimpsing the house where Romeo purportedly lived. You stop at the Scaligeri family tombs and learn the saga of medieval in-fighting of this family who ruled the city for two centuries and who routinely murdered one another to gain power. An echo of these savage family feuds found its way into Shakespeare’s tragedy: you will see the balcony of a 14th-century house where Juliet is supposed to have lived. Lovers have written notes on the walls there for many years.

Verona’s best know landmark is the pink marble-sheathed Roman arena. Climb the stairs built in the first century and gaze down to the floor of the arena where ancient spectacles were staged. 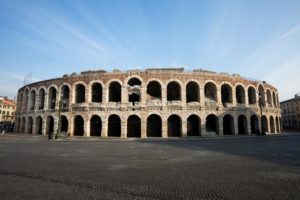 The arena is still in use today and a world-famous opera festival takes place here every summer.

Again we had an option to spend the rest of our time in Verona roaming on our own until the coach went back to the ship or we could take an optional excursion to Valpolicella wine country for a wine tasting (which of course I did). We were treated to three red wines; the first a mild, fruity one paired with all sorts of cheeses, cold meats, and salad; the second was a flavourful full-bodied one served with risotto cooked in the same wine; the third a sweet one served with a crisp almond cake which you broke into pieces by pounding it with your fist and then dipping it in the wine. It was all wonderful!

Then back to Venice to board the ship.

The last day in Venice could be spent entirely at leisure on your own or several optional excursions were offered – 1) Exclusive “Do as the Locals Do”, 2) Visit a local arts center 3) Venetian Painters at the Accademia with an art-historian guide. 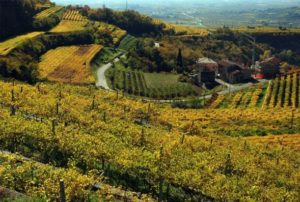