Be Aware of the Cultural Differences | The Great Canadian Travel Co.
Skip to content 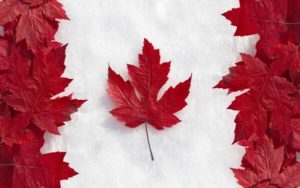 Every country has its quirks or is known for something. Take Canada, for example. Canadians are known for apologizing, for almost everything. If you bump into a Canadian, by accident of course, they will apologize. Now, of course, this is a complete stereotype and doesn’t happen every time, but if you ask yourself what you know about Canadians (if you aren’t one), I’m sure being overly apologetic will top the list. However, when visiting Canada, this is not something that you, a traveller, are required to do if someone bumps into you.

But there are certain customs that you should be aware of when travelling to different countries other than your own. For example: 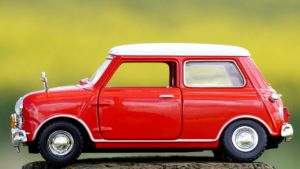 If you’ve decided to rent a car while travelling, be aware of traffic flows. Did you know that only 75 countries/territories drive on the left side of the road? Some of those countries include: Australia, New Zealand, Japan, India, South Africa, Jamaica, Malaysia, Ireland and the UK.

While some of these may be a little outdated, there may still be people in the place you’re staying that could get offended, so be aware.

If you decide to order two drinks but are at a busy pub and decide to use a hand gesture to let the bartender know your order, make sure your palm is facing out if you’re in the UK, Australia, Ireland or New Zealand. If your peace sign is palm in, you’re basically flipping the bartender the bird.

Avoid using the ok sign in Tukey, Brazil, Venezuela, Mexico, Germany and France. It’s considered vulgar and you will offend pretty much everyone who sees you do it.

If you are attending a rock concert in Italy, Spain, Portugal, Brazil or Columbia, that’s fantastic! Way to support your favourite band. However, if you decide to throw up your hand in the typical index/pinky finger arrangement, also known as Devil horns, maybe don’t. You’re basically telling someone that their wife has been unfaithful… I don’t think you want to be the bearer of that kind of news to a group of total strangers.

Sorry lefties, you’ll have to learn to be ambidextrous in India and parts of the Middle East and Africa. The left hand is traditionally considered unclean, so it may be considered rude to eat with it. You can, however, use your left hand to remove your shoes.

Now, this may be a contentious issue with some people, whether or not to tip, but wherever you are, just take a look at your end bill. Some restaurants, particularly in Europe, automatically add the gratuity to the total of your bill regardless of how many people are in your party. Don’t feel badly though, servers in Europe tend to make more than their counterparts in North America.

Don’t worry if you are going on an adventure to a non-English speaking country, you’ll do fine. But if you take the time to learn a few phrases in the native language, the locals may appreciate it. It may also help you to find a toilet or good restaurant quicker, which is usually a handy piece of information to know, if not a dire requirement.

You may have to put those table manners that were ingrained in you as a child away in some countries. My mom always told me not to slurp my food… well, what if I’m in Japan and I’m eating noodles and it’s delicious? In that case, the louder the slurp the better, to pass your compliments on to the chef. You can even… GASP… drink directly from the bowl! When you are finished slurping, never cross your chopsticks, lick your chopsticks, or stick your chopsticks vertically into a bowl of rice, it’s considered rude.

And if being allowed to slurp your soup shocked you, in China, you’re allowed to burp! It’s considered a job well done to the chef. You can even make a mess around your plate and leave food on it, both are seen as compliments to the host, letting them know that you enjoyed yourself and were provided with more than enough food.

In France, ripping off a piece of bread to eat it is completely, 100% acceptable. AND, leaving it on the table and not in the plate is encouraged. Bread isn’t meant to be an appetizer; it is meant to 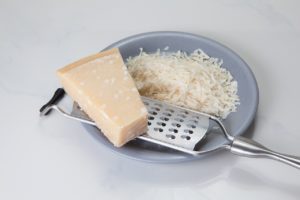 help move the food onto the fork. But if you’re in Thailand, forks are used to push food onto your spoon.

Speaking of using hands: in Mexico, you’re being a snob if you use a knife and fork. However, in Chile, even fries and pizza get the knife/fork service as touching food with your hands means that you are ill-mannered.

Everyone loves a little cheese now and then, but don’t ask for it in Italy if it’s not offered to you. It’s a sin to put extra cheese on top of your pizza and NEVER on top of your seafood! Maybe it’s an offense to the chef to ask for cheese, just like in Portugal when you ask for salt and pepper. Never offend the chef’s seasoning skills!

Just remember, that wherever you go, you are the guest, so be on your best behaviour. Try not to draw unneeded attention to yourself so do some research of your destination before you go, be ready for any adjustment that may occur and follow the rules.