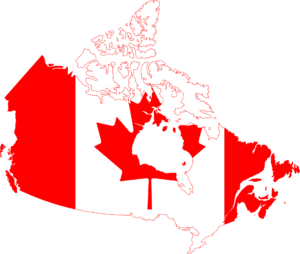 Having just returned from nearly six weeks in South America, I have a renewed appreciation for Our Home and Native Land. Here are some of the many things we take for granted that I missed while I was away:

Our national anthem is amazing! I heard the anthems of several countries during the South American games in Cochabamba. Many anthems sounded like dreary, dragging classical music, not even lively, appealing pieces of classical music. I love that ‘O Canada’ has strong music and lyrics and I especially love that we sing it with such pride and enthusiasm.

Bathrooms! Running water is not a given. Even in many average restaurants, there is no running water in the bathroom. And if I found a bathroom that had everything–soap, hand towels or a

dryer, toilet paper, a toilet seat, AND running water–I felt like I hit the Lotto Max. I learned quickly to have tissue and hand sanitizer with me at all times.

Taxi drivers that take you where you want to go. Numerous times in Bolivia, we hailed a taxi only to have the driver decline, either because it wasn’t worth his while or it was too far. We also had drivers drop us off blocks short of our destination because they felt that they hadn’t agreed to that exact address.

Vegetables. It probably sounds silly to some people, but after many meals heavy on meat and potatoes, I was craving fresh vegetables or a salad. Speaking of which, I also appreciate being able to eat lettuce without getting violently ill because it was washed with tap water. 🙁

Dogs on leashes. Don’t get me wrong, I love dogs and all those we saw in both Peru and Bolivia were non-threatening and well-behaved. However, there is something to be said for owners cleaning up after their dogs, and not hearing dogs barking half the night. 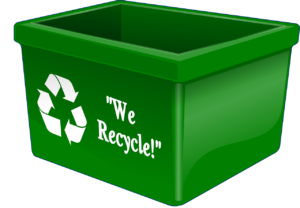 Recycling bins. Again, this may sound silly to some, but sometimes was nearly impossible to find a recycling bin, and when there were bins, they often contained garbage so it was unclear whether things would actually be recycled. Trying to be a responsible traveller was difficult. You’re told not to drink the tap water so as to avoid stomach bugs, which means refillable bottles are out of the question. The only option seems to be purchasing bottled water, but then what do you do with all the plastic? Fortunately, most airports seemed to have recycling bins, so I did my best to keep my empty bottles until I went to the airport.

Disabled access. Many buildings have stairs at the entrance or to access the bathroom. Some major cities had ramps to enable wheelchair users to access sidewalks. However, the sidewalks themselves are often uneven or have broken stones, or aren’t even paved. One building I saw had a wheelchair ramp so steep that even Rick Hanson would have difficulty propelling himself up it. There were times I found walking challenging and I had to be careful not to trip. I can only imagine how difficult it would be for anyone with the smallest mobility issue, never mind a wheelchair.

Diversity. Although Bolivia is officially a plurinational state, meaning the country recognizes multiple ethnic groups, the people are mainly indigenous Bolivians and those of Spanish origin. I didn’t see much evidence of East Indians, Asians, Middle Easterners, or Europeans, aside from a few tourists. The only black people I saw were some Colombian and Guyanese athletes during the South American games in Cochabamba, and one thoroughly interesting and personable gentleman from North Carolina whom we met in La Paz. Peru was a little more diverse, but not by much. Coming from Winnipeg, where you can eat at a different ethnic restaurant every day for a month, and hear just about any language in the world, I found that I missed the melting pot we have in Canada. Our rich diversity is part of what makes us unique. 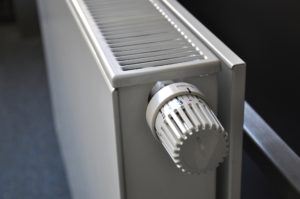 Central heating. Much of the climate in Peru and Bolivia is warm year-round so central heating is unheard of. Some hotels have space heaters, but others do not, especially in places like the jungle, where there are screens instead of windows. In some areas, we experienced temperatures near or below freezing. (It was winter, after all!) In the jungle, even when it was 10°C or higher, I found it difficult to stay warm, even when wearing multiple layers of clothing. (I know, my Canadian membership should be revoked!) The dampness and rain made it feel much colder, similar to wind chill. Getting out of a hot shower into the cool air was not fun either. I even survived -8°C (-15°C with wind chill and humidity) WITHOUT A HEATER!! I barely slept that night because I was so cold, and I had very little difficulty sleeping anywhere, anytime. I fell asleep on the plane, during a 10-minute taxi ride, in a 4×4 jerking and bouncing along rutted and twisting roads, in a questionable hotel near Lima airport when it sounded like the traffic was right in our room; I slept through my tour roommate getting up every 45 minutes to use the bathroom because of her altitude-sickness medication, I slept through Chris getting ill during the night from food poisoning or drinking the tap water, and I even slept through an earthquake my first morning in Lima! I really missed central heating.

I’m certainly not trying to dissuade anyone from travelling to Peru or Bolivia. To the contrary, I had a wonderful trip and I wouldn’t trade my experiences for anything. However, this trip just helped to remind me how grateful I am to be a Canadian with access to all the wonderful things we have in this country. I’m glad to be home!

I’m also ready to help you plan your South American Adventure. Contact me and let’s get planning!