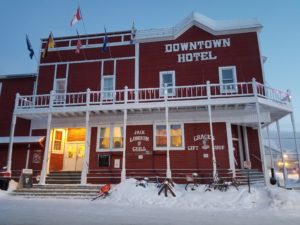 Welcome to Dawson City!  Home to the ‘Sourtoe Cocktail!’ Since 1973, the Sourdough Saloon in Dawson City has been accepting members.  All you have to do is visit the Saloon and ask for Captain River Rat. Purchase a shot (I chose Yukon Jack), and pledge the oath;  ‘You can drink it fast, you can drink it slow, but your lips have gotta touch the toe’. Watch as the (genuine) dehydrated toe is dropped in your drink, and enjoy your shot.

Legend states that the first ‘sourtoe’ dates back to the 1920’s.  When a feisty rum-runner named Louie Linken and his brother Otto ran into an awful blizzard during one of their cross-border deliveries.

In an effort to help direct his dog team, Louie stepped of the sled and into some ice overflow, soaking his foot.

Fearing that the police were on their trail, they continued their journey.  Unfortunately, the prolonged exposure to the cold caused Louie’s big toe to be frozen solid.

To prevent gangrene, the faithful Otto preformed the amputation using a woodcutting axe (and some overproof rum for anesthesia).  To commemorate this moment, the brothers preserved the toe in a jar of alcohol.

Years later, while cleaning out an abandoned cabin, the toe was discovered by Captain Dick Stevenson who then came up with the idea of the Sourtoe Cocktail Club, an exclusive club with a membership requirement. To become a member, one did not have to have all the riches or to win any sort of game… one only needed to drink the Sourtoe Cocktail.

Would you become a member? Or are you already a member? I am. Contact me if you’d like to take the membership challenge, or if you’d just like to visit this amazing territory of Canada. 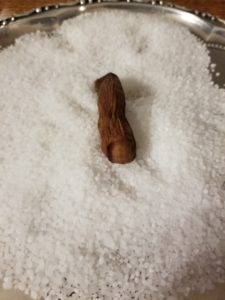 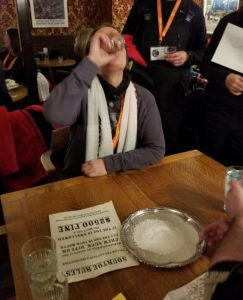 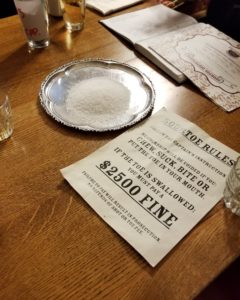