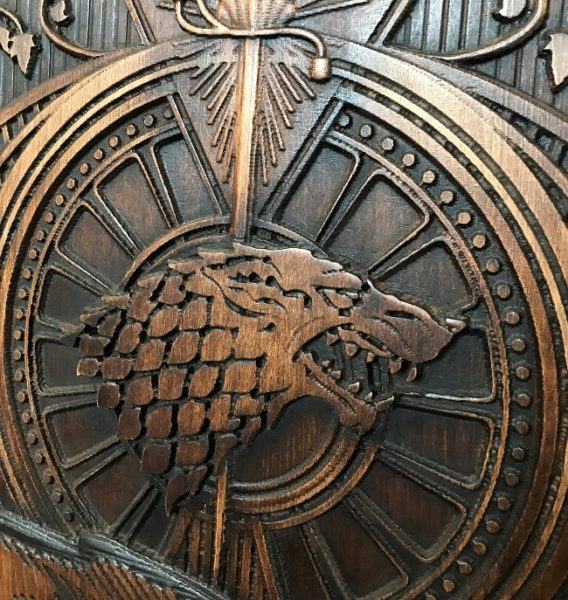 Anyone who is a Game of Thrones® fan will know that much of the filming of the blockbuster HBO series took place in Northern Ireland. You can visit many of the locations on excellent guided day tours out of Belfast or multi-day tours, for a more in-depth experience. And many of the guides were actually involved in the filming of the show, so have firsthand knowledge.

One of the filming locations is The Dark Hedges, in the northern part of County Antrim. To those in Westeros it is known as the Kingsroad.  The Dark Hedges was battered by gale force winds during Storm Gertrude in 2016. Unfortunately, a number of the trees whose branches formed the scenic arch over the road, were felled by the winds. Rather than just dispose of the wood the idea came up to use the wood from some of the trees that fell to create intricately carved, wooden doors, each door depicting a story from Game of Thones®, Season 6. Thus, the Journey of Doors was born!

The ten doors were installed in pubs, cafes and inns scattered around Northern Ireland, from Newcastle in the southwest, to Enniskillen in the west, around the north Causeway Coastal Road back to Belfast. If you find a Game of Thrones® door you know you’re near a filming location and are in Game of Thrones® country! And be sure to have your special souvenir passport stamped at each location.

On my recent travels in Ireland with my two daughters, all of us Game of Thrones® fans, we decided we would follow the trail of the doors and find all ten, during the course of our wanderings. And find all ten we did! 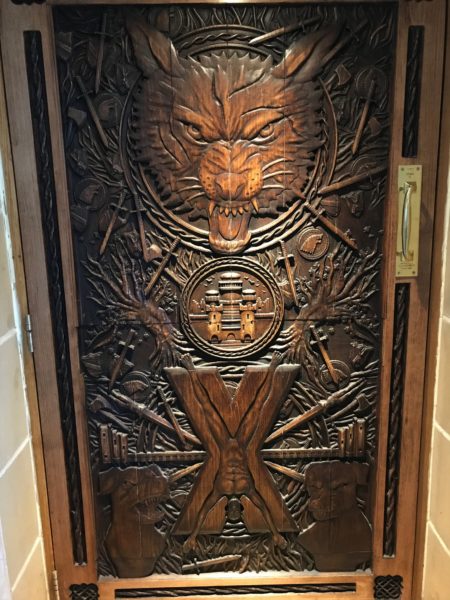 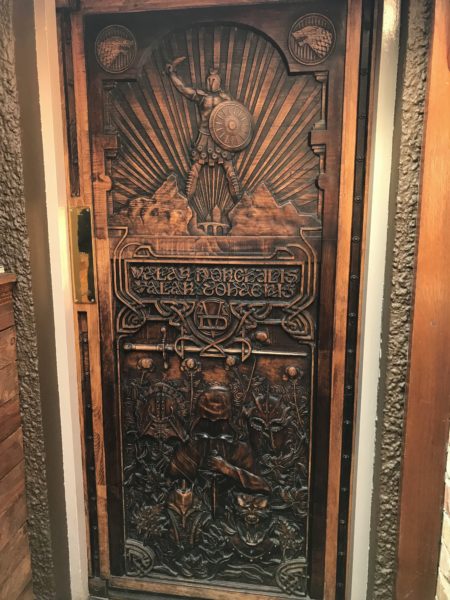 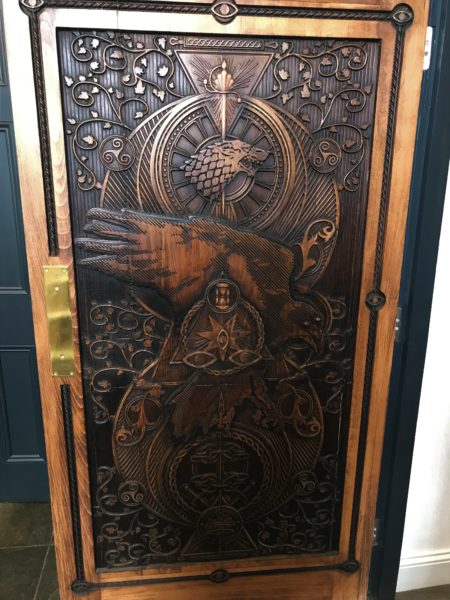 Here is where they are located and what each one features:

#1 – The Cuan, Strangford: Door of Thrones 1 sets the scene at the beginning of season 6. The intricate design shows the lay of the land with great houses dispersed across the map and dangers lurking in every corner of the continent.

#2 – Fiddler’s Green, Portaferry: At the top of Door 2 hangs the flayed man of House Bolton.

#3 – Percy French, Newcastle: The defining feature of Door of Thrones 3 is the direwolf running into a battlefield, surrounded by a threatening array of swords, spears and daggers, all failing to block its path.

#4 – Blakes of the Hollow, Enniskillen: The scale and dominance of the dragons in Door of Thrones 4 represent a change in fortunes for House Targaryen.

#5 – Frank Owens, Limavady: Door 5 puts a heavy focus on the dreaded Night King and his followers the White Walkers.

#6 – The Fullerton Arms, Ballintoy: Door 6 doesn’t just focus on House Targaryen, but specifically Drogon – Daenerys’ most aggressive and fearsome dragon. This location also has a throne room where you can sit on the Iron Throne and rule the Seven Kingdoms!

#8 – Mary McBride’s, Cushendun: The events playing out in Braavos and Arya’s journey feature heavily on door 8.

#9 – Ballygally Castle, Ballygally: Echoing the ‘Battle of the Bastards’, symbols of House Stark and House Bolton can be seen on opposing ends of door 9, with the Starks’ ancestral home of Winterfell up for grabs in the middle.

#10 – The Dark Horse, Belfast: Door 10 features a number of symbols referencing key events taking place across the whole of the seven kingdoms as season 6 draws to a close. 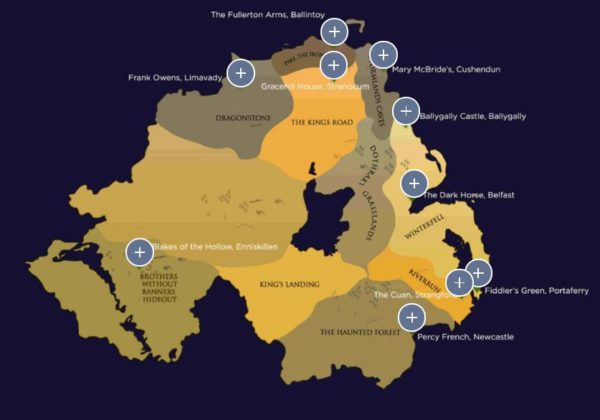 You can follow the route in order, door 1 to 10, or start and end wherever you like. We started at door 4, on our way from Galway to Derry, and ended at door 3, on our way from Belfast to Dublin. It doesn’t matter at all. Whatever route you choose you’ll pass through some spectacular countryside; into charming towns and villages as well as establishments that you may not have otherwise visited; you’ll meet lots of local people at the different locations, always ready to have a chat. All in all, it’s a really fun experience!

Searching out the doors makes for a great road trip if you’re looking at a self-drive, or a guided tour can be arranged, so you can relax and leave the driving to someone else.

Which door will be your favourite?