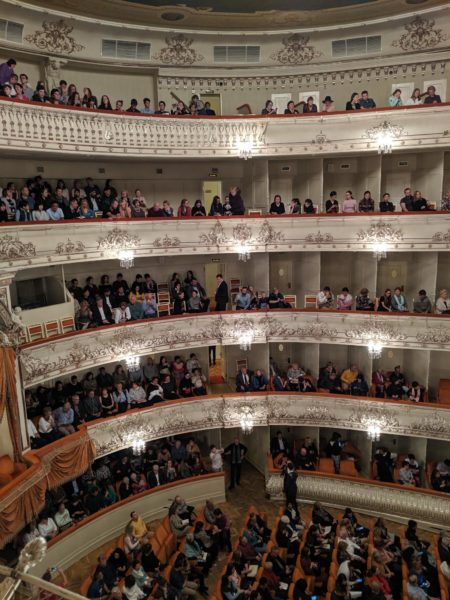 When I found out I was going to Russia, the first thing I thought of – I need to see a ballet!  That is one of the things you always hear about  – the ballet.

The most famous is of course the Bolshoi Ballet in Moscow.  This is almost impossible to get tickets to, especially if you are outside of Europe.  Sure enough, the dates I was in Moscow – completely sold out!

My only other stop in Russia was in St Petersburg.  There are many theatres there that have ballets, but the most famous are the Mariinsky Theatre, Mikhailovsky Theatre and the historical theatre at the Hermitage.

Once I had sorted out that I would need to find SOMETHING in St Petersburg, the next task was to pick a show!  There are the traditional shows such as Romeo and Juliet, Sleeping Beauty and Swan Lake.  I knew I wanted tradition, and I really wanted Swan Lake – a Russian ballet, in a Russian theatre, with Russian dancers – in Russia!

As luck would have it, Swan Lake was showing at the Mikhailovsky Theatre on a date that worked for me.

So after some hassle of trying, I finally got a ticket.  Russia is a tricky place; a lot of venues will not let you purchase tickets if you are using a non-European credit card.  This was something I found out after nearly a week of having my credit card decline. I finally spoke with the company operating my land tour, and they agreed to purchase the ticket for me.  It was official – I was going!

I got to the theatre (thanks to the handy car service available from my hotel!) and with a little assistance found my seat in the theatre.  The Mikhailovsky Theatre doesn’t typically cater to the non-Russian crowd as much as the other theatres, so there were no English signs.  But luckily – a few theatre workers spoke English and were willing to help me out.

I made it to my seat in the nick of time and the lights flickered indicating the show was starting.  I could just feel the magic in the air, and settled in. 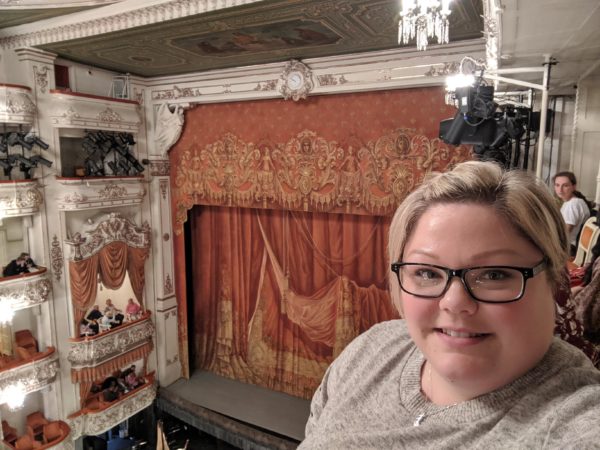 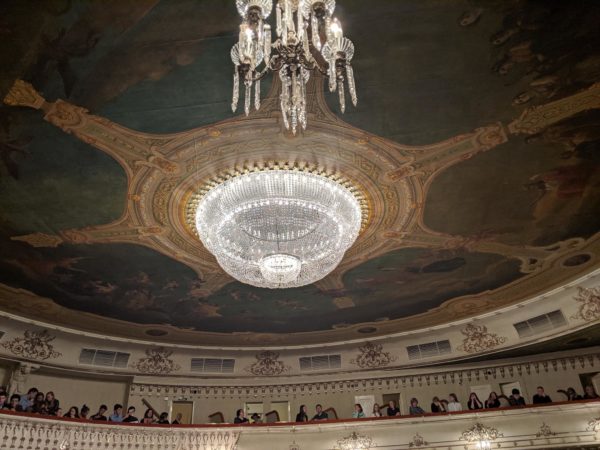 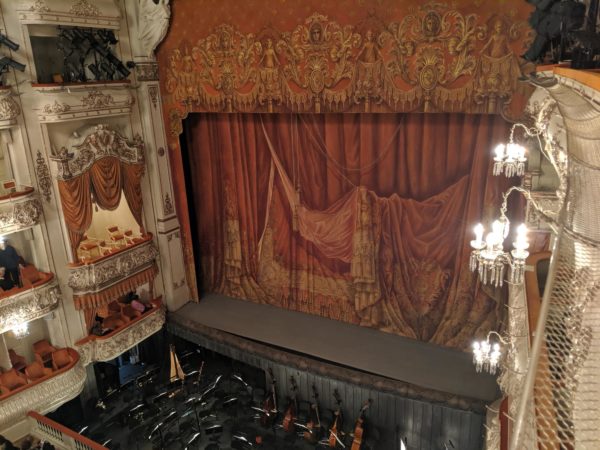 Luckily dance and music are both universal, you don’t need to understand another language, we all can understand the sounds and the movements.  I had a clear view of the orchestra, and a slightly obstructed view of the stage – but it didn’t matter, I was so captivated by everything going on.  No one near me spoke the same language, but we were all so drawn into our own interpretation of the story that didn’t matter.

Not only was the music and dancing incredible, the theatre itself was also very impressive.  I couldn’t help but wonder who might have sat in the fancy ‘Czar’s Box’ that had the best view of the stage – while it was empty the night of my visit, I am sure some pretty notable figures have enjoyed the same show that I just witnessed.

The ballet might not be for everyone, but it is a very traditional Russian experience that I believe should not be missed.  As they say, while in Rome!  Or in this case, while in Russia!