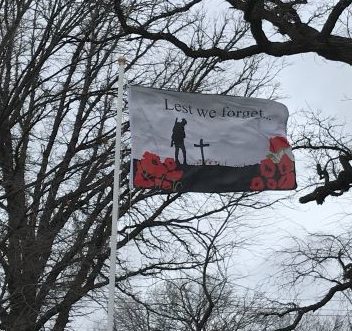 Who and what exactly are we remembering?

The First World War was ignited by the assassination of Archduke Franz Ferdinand of Austria, heir to the Austro-Hungarian empire, on the 28 June, 1914. This sparked unrest and soon led to the Central Powers (Austria-Hungary, Bulgaria, Germany and the Ottoman Empire) invading several European countries. When Germany failed to meet the ultimatum from Great Britain to withdraw its troops from Belgium, as of the 4 August, 1914 the Allied Powers (Great Britain and her colonies including Canada, France, Russia, Italy, Romania, Japan and the United States) were at war with the Central Powers.

Due to new military technologies such as machine guns and tanks, trench warfare and use of poisonous gas, WWI was the costliest conflict in Canadian history, and claimed the lives of more than 60,000 Canadian citizens.

The poignant Irish ballad, Green Fields of France, captures the tragic and terrible cost of this war, on a very personal level as it asks questions of a young 19-year-old soldier who was killed in battle in 1916.
On November 11th, 1918 the Armistice was signed in Compiègne, France, bringing an end to WWI. At 11:00am the gunfire began to end and within a minute the was silence and you could hear the birds singing. There is a haunting recording of the moment the guns fell silent. November 11th thereafter became known as Armistice Day.

Armistice Day was set aside to honour those who had paid the ultimate price during the war, as well as those who had returned home forever changed. Two minutes of silence at 11:00am became the traditional way of showing respect to all those that had served, and especially those who were lost to the war.

The unforgettable, haunting Poem “In Flanders Fields”, was written by a Canadian physician Lieutenant-Colonel John McCrae, at the battlefront of the Second Battle of Ypes on 3 May 1915. It was published in October of that year and became an inspiration to soldiers still fighting in the war. After the end of WWI his poem quickly became part of Armistice services across Canada. The now familiar red poppy, immortalized in his poem, was adopted as our symbol of remembrance. 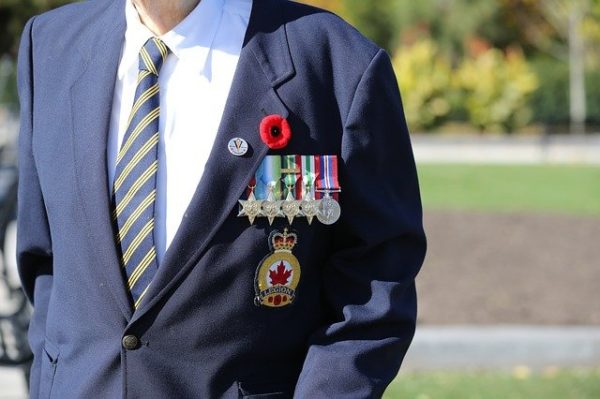 Sadly, WWI, the “Great War”, the “War to End All Wars” did not stop hostilities between nations in Europe and other parts of the world. On the 1st of September, 1939, German forces invaded Poland and  the Second World War began. The fighting between Allied and Axis countries would continue for six horrific years. The official date of the end of WWII is not clear cut. Some accept it as being the armistice signed on the 14 August, 1945 (V-J Day). Others say it was the 2 September, 1945, upon the formal surrender by Japan. Whatever date it was, it ended up being the deadliest conflict in human history. 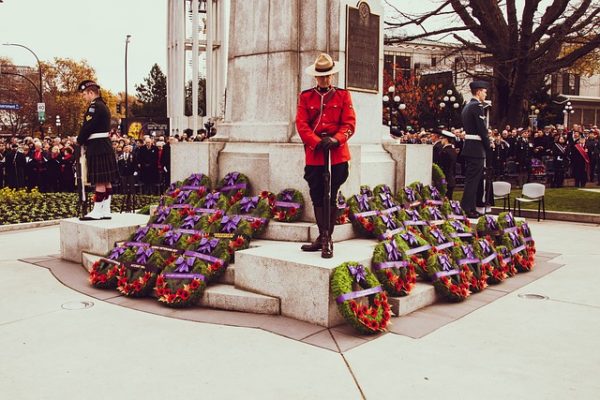 After WWII ended Armistice Day became know as Remembrance Day in Canada and many other Commonwealth countries, to be inclusive of both WWI and WWII.

But, the end of WWII wasn’t the end of world hostilities or the end of Canadian’s serving on battlefields. On the 25 June, 1950 North Korean armed forces invaded South Korea, with backing from Russia and China. As part of a UN coalition of 16 countries, Canadian troops were called on to assist and nearly 27,000 Canadian military served in Korea. The war’s combat phase ended on the 27 July, 1953. Canadian military personnel remained in Korea as UN peacekeepers until 1957. South Korea never signed the final armistice agreement so North and South Korea technically remain at war to this day. The Korean War is often referred to as “The Forgotten War”, but is Canada’s third largest conflict. Veterans of this war must be included in our Remembrance Day thoughts.

More recently Canadian troops have participated in multi-national forces such as UN Peacekeeping, the Gulf War, the Kosovo War and the invasion of Afghanistan. Sadly, more Canadian lives have been lost in service during these conflicts and continue to be lost to the present day. 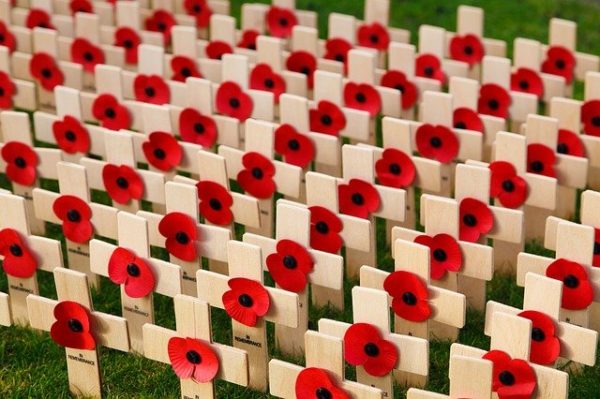 “They shall grow not old, as we that are left grow old:
Age shall not weary them, nor the years condemn.
At the going down of the sun, and in the morning
We will remember them.”

For the Fallen, Laurence Binyon, 1914

Some people say that by honouring Remembrance Day and wearing a poppy we’re glorifying war. I think it’s quite the opposite. To me, what I particularly think about on Remembrance Day is the futility of war, the horrible loss on all sides of conflict, the personal sacrifices and terrible suffering so many went through.  I feel incredibly sad for the immeasurable losses and incredibly grateful to those who served so that I can be free today, to sit here and write what I think and believe and to live in a country like Canada.