Warrior for a Day in Northern Ireland | The Great Canadian Travel Co.
Skip to content 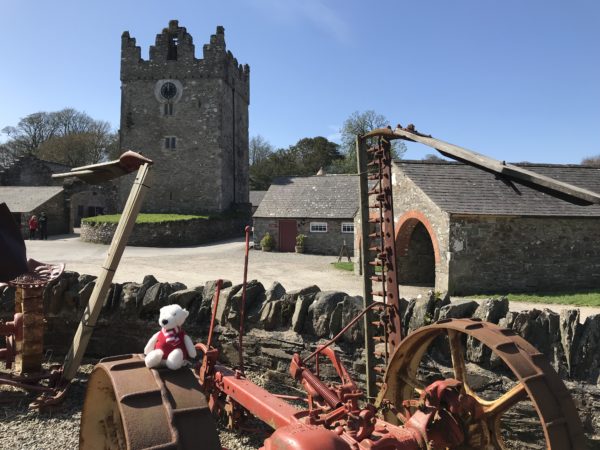 I went to Ireland, both the Republic of Ireland in the south and Northern Ireland, with my co-worker Lois. We did a lot of really neat stuff on our trip around this gorgeous, green island. But, one of my favourite things was being a Warrior for a Day at Castle Ward and Demesne in County Down, just south of Belfast. We got to take part in the Winterfell Game of Thrones™ Experience, because this castle was the setting of Winterfell in the HBO™ series and many scenes were shot on the grounds there.

I wasn’t sure if I’d be able to take part in the activities, but it turns out that you don’t need opposable thumbs to do archery!

We did a tour around the castle and grounds, with our guide pointing out where certain scenes were shot along with pictures from the TV show. Then we went to the castle’s courtyard. Lois got into period costumes that were actually used in the filming of the show. They didn’t have any small enough for me, but I had my own duds on and was fine with that. We lined up to take our turns with the bows and arrows, after a lesson in nocking the arrow properly onto the bow. The nock is the notch in the end of the arrow that goes on the bow string.  After a few practice shots we began our competition. 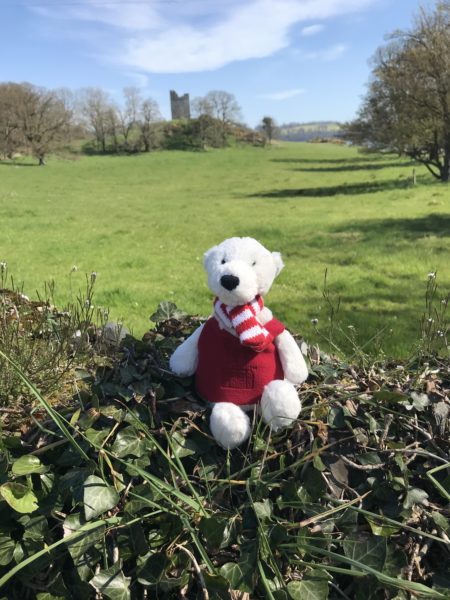 We were divided into groups and the best archer in each group moved on to the next round, until there was a champion archer. The worst archers were also put into a group and the champion archer got to choose one of them to behead. Lois was runner-up to the champion archer so she was safe, but I was nearly one of the unfortunate souls to lose their head, as so many did in the Game of Thrones™. Luckily, the champion declared clemency for all and nobody met such a horrible fate. 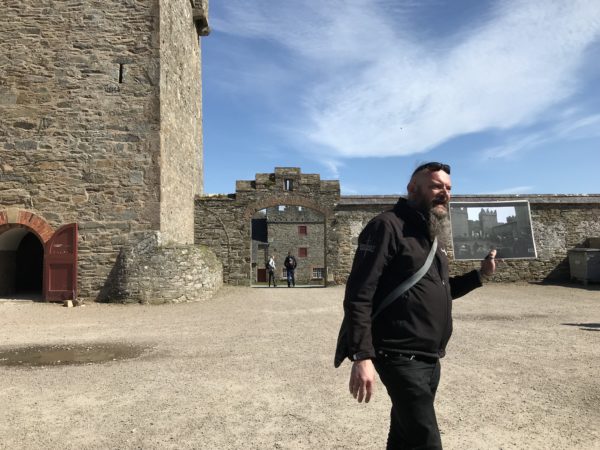 About 80% of Game of Thrones™ was filmed in Northern Ireland, so there are lots of tours and activities in many locations around the country. Lois has done a whole bunch of them and I can hardly wait to go and try out more of them, too!