Samhain, the Origins of Halloween | The Great Canadian Travel Co.
Skip to content 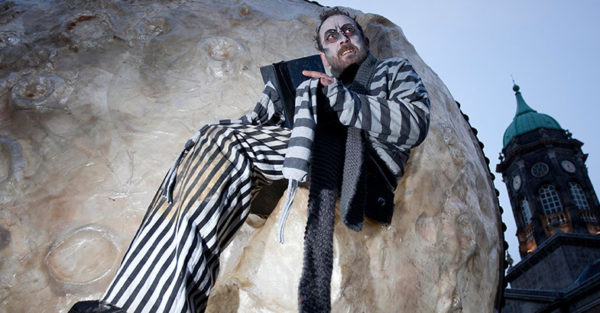 Have you ever wondered where our Hallowe’en traditions came from? Why do we dress up in costumes? Why do we go door-to-door, asking for treats, and why do we give out candy? Why do we threaten to play a trick on people? Why do we carve pumpkins and put candles or lights inside them? Why do we decorate with skeletons and skulls, ghosts and witches? To find out, we have to look back, way back, to the days of the Celts and Druids.

It wasn’t until recently, as I began looking into my Irish heritage, that I learned our Hallowe’en here in Canada and the US has its roots in Ireland and the ancient, Celtic tradition of Samhain (pronounced Saw-win), dating back about 3,000 years.

Samhain translates to “Summer’s end” and it marked the end of the last quarter of the Celtic year and the start of the new year. It was the last festive gathering of the fall, halfway between the fall and winter equinoxes, a time to feast and celebrate the bounty of the harvest and prepare for the dark winter days to come. While families were out gathering up the harvest their hearth fires were left to burn out. Once harvest was finished, the community would gather and light a huge bonfire, offering sacrifices to the gods, sharing food and drink with others. When the party was over, they would take some of the coals from the bonfire to relight the hearth fires in their homes. 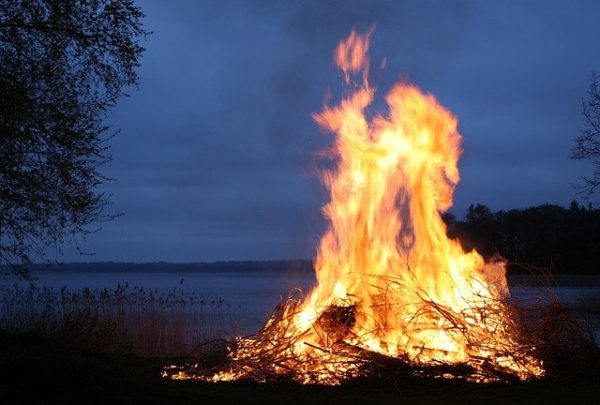 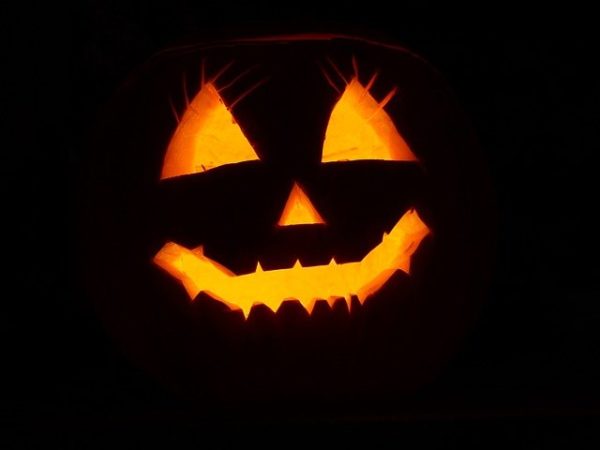 During this time of transition of seasons, the Celts believed the veil between the living and the dead was at its thinnest and the spirits of all those who had passed away since the previous Samhain celebration moved on to their next life. Because the barrier between worlds could be breached during this time by evil spirits, offerings were left outside of villages and fields for faeries or Sidhs, and people would dress up as animals and monsters so the faeries wouldn’t recognize them and kidnap them. 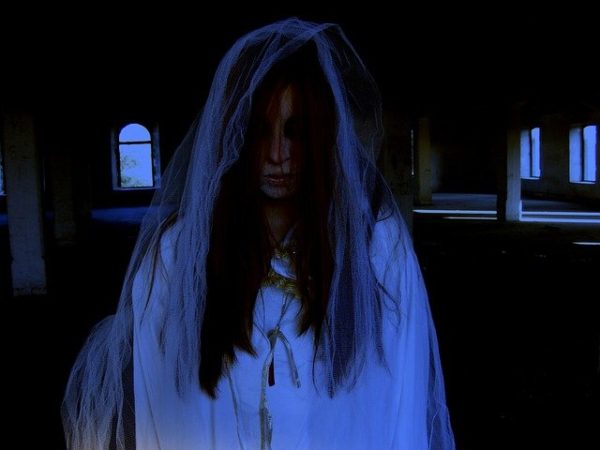 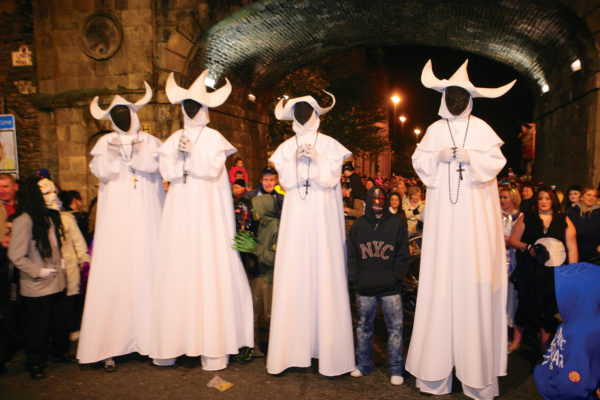 There are some truly horrifying creatures linked to Samhain.

Pukah, a shape-shifting creature that takes harvest offerings from the field
Lady Gwyn, a headless woman in white who, along with her black pig, chases people that are out at night
Dullahan, impish creatures that sometimes appeared as headless horsemen, carrying their severed head and riding a horse with flaming eyes (seeing one was a death omen)
Faery Host was a group of hunters that haunt Samhain and kidnap people
Sluagh would go into houses and steal souls

Boy, Celtic parents had a lot to threaten their kids with if they misbehaved! Much more powerful than threatening no visit from Santa, I’d say.

Over time, some of the ancient Celtic traditions changed and new ones were added. Smaller bonfires called Samghnagan, nearer to farms and houses to better protect families from faeries and witches replaced the huge, community fire. A Samhain altar was added to the home, featuring symbols of the harvest and of deceased loved ones. Some families would leave their windows and front door open and put out food on the table the nights of Samhain in case spirits of their ancestors came to call. Or, a place would be set at the table for a family member who had passed on.

Carved turnips, call jack-o-lanterns, were attached by strings to sticks and glowed from coals inside them. When Irish immigrants brought their traditions to the eastern US and Canada, turnips weren’t as easy to find as pumpkins, so the jack-o-lantern became the familiar pumpkins we see here today. But, personally, having seen carved turnips, they’re much freakier!

Pranks were often played on people during Samhain, though they were typically blamed on the faeries. Oh, those naughty faeries!

People dressed up in costumes and went door-to-door, singing songs for the dead, in a practice called mumming. They were rewarded with a drink and cakes called Soul Cakes. Soul Cakes were also offered to anyone who came to the door begging for food, so they wouldn’t curse your home or play a trick on you. Mumming and giving Soul Cakes to beggars formed the basis for our modern-day trick or treating. 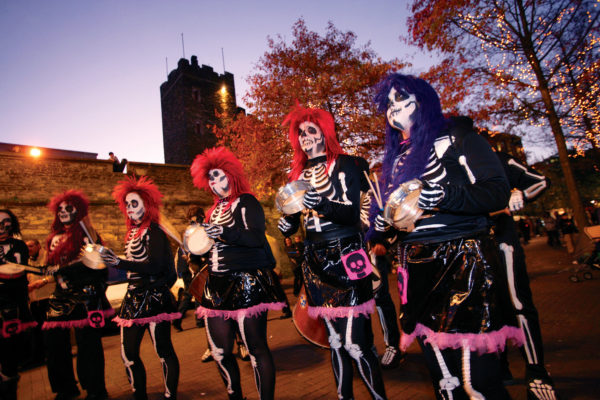 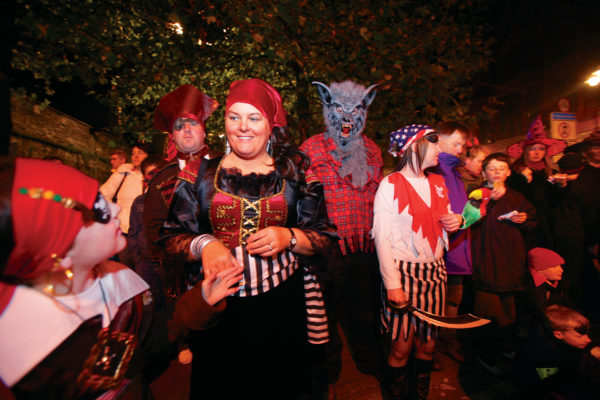 Another popular activity at Samhain was the telling of someone’s fortune and many rituals were born of that. The fortune telling, if the telling of it was done convincingly, led many to believe that some people had special powers to see into the future. Also popular is barmbrack, a special type of fruit bread made at Samhain. Take care when eating your slice of it, as it may contain some small, fortune-telling items. A pea means bad luck and, if you’re single, no marriage for another year; a coin means you’ll enjoy great fortune in the coming year; a matchstick means your love life will be filled with strife; a rag means ill fortune; a silver ring, you’ll wed before the year is over; a thimble means you’ll stay single for life. OK, it’s obvious marriage is a really important aspect of the culture. Some may stay that staying single isn’t really such bad luck, but I’m not getting into that debate! 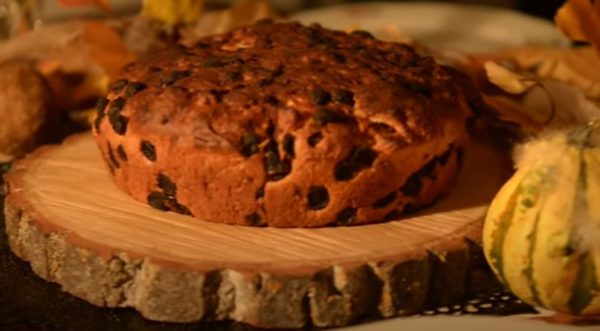 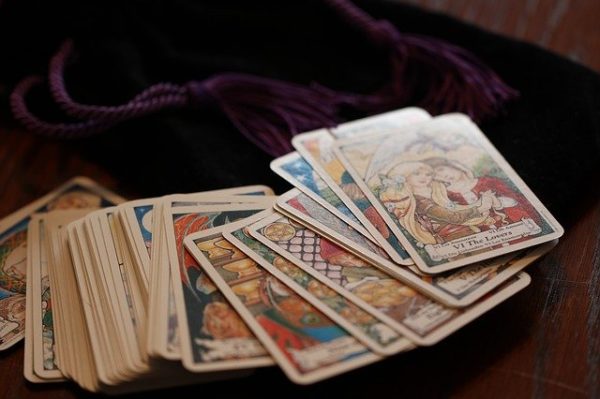 Festivities like Samhain weren’t limited to Ireland, but happened across Scotland, Wales, England and most of Europe. Each place would put it’s own twist on the traditions, but they were all based on ancient, pagan practices.

The Catholic church attempted to wipe out the pagan harvest feast by declaring November 1st All Saints’ Day and November 2nd All Souls’ Day. Unfortunately for the church, the attempt did not work. Instead, those that celebrated Samhain quickly adopted October 31 as All Hallows Eve or Hallowe’en, and continued on with many of the traditional pagan practices. And that’s why we celebrate Hallowe’en!